The church of Abu Sarga 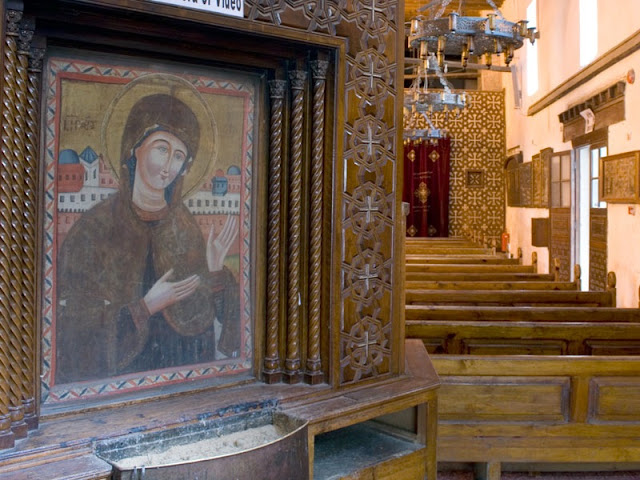 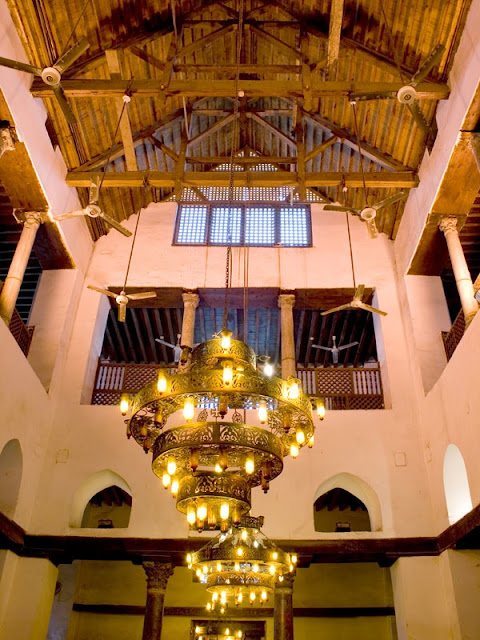 
Abu Sarga is the oldest church in Egypt dating back to the 5th century A.D. The church owes its fame to having been constructed upon the crypt of the Holy Family where they stayed for three weeks during their sojourn in Egypt.

According to a biblical narration by evangelist Matthew (Chapter 2), Virgin Mary, Joseph and the baby Jesus fled from Palestine to Egypt out of fear from the persecution of the Jewish King Herod the Great. The Holy Family traveled as far as Assiut (“Deir el Muharraq”) and on their way back home spent some weeks in Old Cairo. 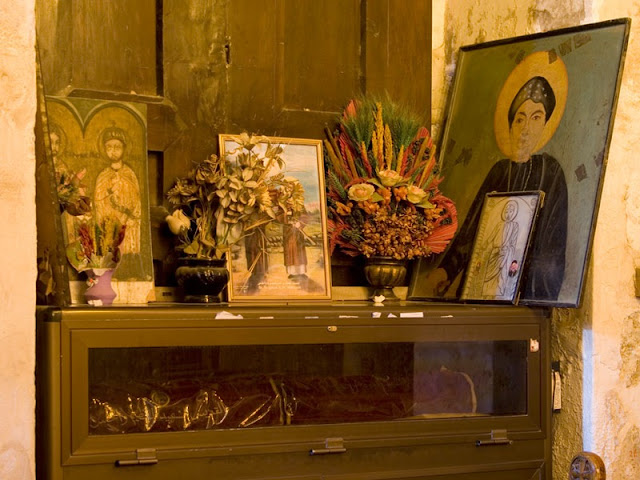 Abu Sarga is dedicated to the two Saints Sergius and Bacchus who served as soldiers in the Roman Army. They were faithful followers of the Lord Jesus and refused to worship the Roman gods. For their Christian belief, Sergius and Bacchus eventually suffered martyrdom in Syria in 296 during the reign of the Roman Emperor Maximinus. Their relics are partly kept in Abu Sarga and others are buried in Syria.

From the 9th to the 12th century, significant patriarchs were elected and several bishops consecrated in Abu Sarga until the 11th century. Although the church was restored several times (11th and 17th century, the last restoration was undertaken in 2000), it still preserves its Medieval charm. 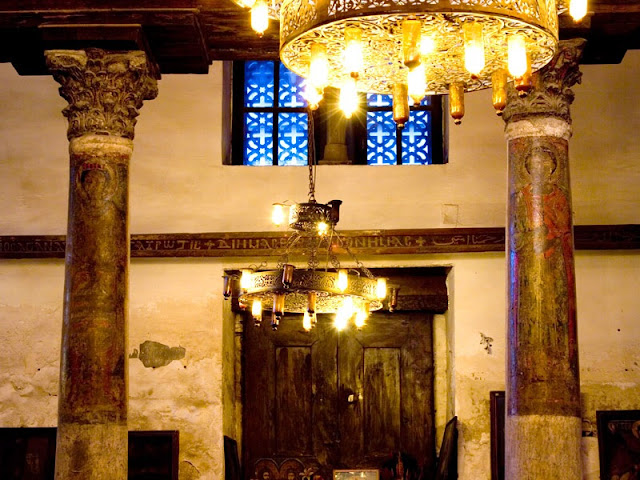 Abu Sarga is based on a basilican structure with a nave and two side aisles. The west end of the church is occupied by a return aisle. Twelve columns are set between the nave and the aisles, eleven of which are made of white marble and only one is of red granite. Some of the marble columns show clear traces of figures most likely representing saints. Corinthian capitals originating from older buildings are placed between the column shafts and the wooden architraves. On the east side of the church, a tripartite sanctuary is separated from 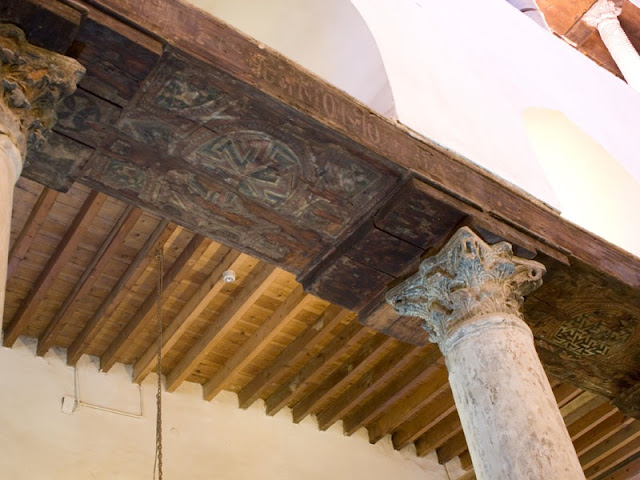 the congregation hall by an impressive wooden screen which is beautifully decorated with ebony and ivory and whose oldest part dates back to the 13th century. Exceptional icons with various scenes from the life of Christ, Virgin Mary and diverse saints embellish the walls of Abu Sarga. Inside its main sancturary a wooden canopy supported by four pillars is placed 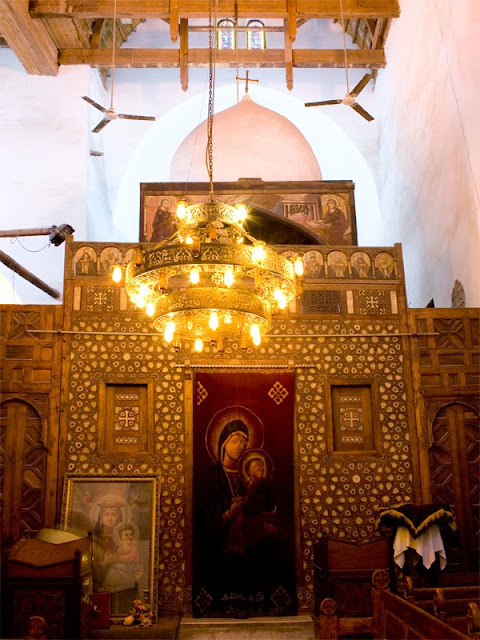 above the altar and painted with biblical scenes, among them are Jesus Pantocrator and Archangel Gabriel appearing to Virgin Mary. The apse behind the altar is richly decorated with strips of marble and mosaics. A clerical seat is incorporated into the apse and can be reached by seven steps.

Abu Sarga once kept Egypt’s oldest altar which was transferred to the Coptic Museum. The roof is one of the most interesting features of the church and said to have been constructed in the shape of Noah’s ark. On the northwest side of the church is a baptistry. The marble ambon is a modern copy of the one in the neighbouring church of St. Barbara. Parts of the original wooden pulpit were brought to the Coptic Museum, and also to the British Museum in London. Above the side and return aisles is a gallery with two chapels (one dedicated to Sergius and Bacchus, the other to Ibraham, Isaac and Jacob) that 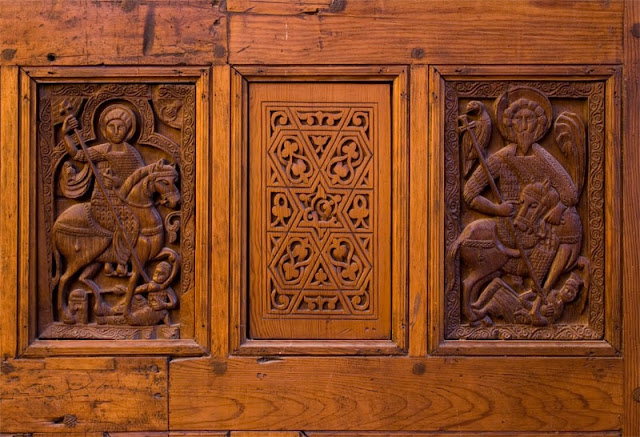 are used for private service and during the fasting of Easter. The main attraction is the crypt below the church, where it is believed the Holy Family lived for a while during their time in exile.  This sub-structure is the oldest part of the church and has elements dating back to early Christian times. 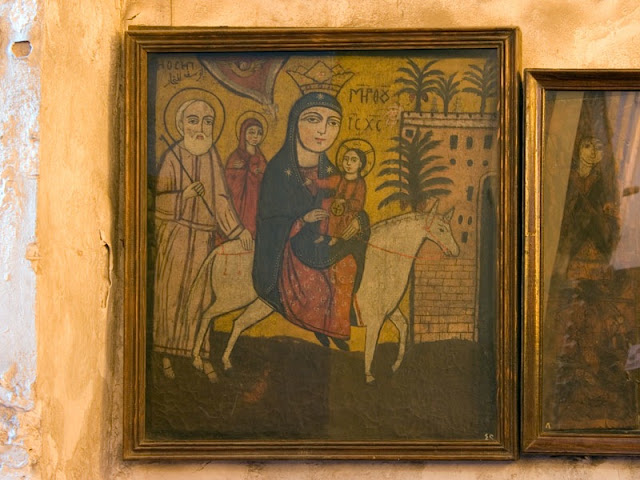