Posted by Egyptraveluxe on December 14, 2014 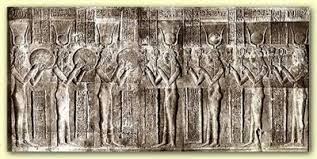 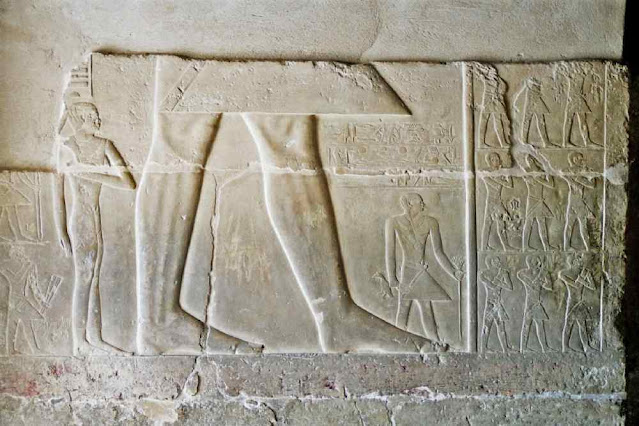 tall figure of Mereruka striding towards the interior of the tomb, accompanied by the much smaller figures of his wife Watetkhethor (behind him) and his eldest son Meryteti (in front). On either side of the central group are groups of three attendants placed above each other. Nine still exist in front but only six behind