Posted by Egyptraveluxe on April 19, 2016
Nothing can be farther from truth (except perhaps that aliens in space ships pressed a button and built the Giza complex, and other great monuments.)


The image of hundreds, perhaps thousands of toiling slaves, whipped by overseers, seems seared into the modern consciousness, and "everyone" is convinced that the despots who ruled Egypt with iron greedy fists must have built their wealth and glory on the bleeding backs of this tortured labor.

The more work being done on these villages sounds a clear message that, while they worked hard, these villages were made up of mostly free and willing citizens, doing their part to ensure the afterlife of their King

The site has yielded a wealth of textual material providing information about the way these people lived, their marriages, inheritances, divorces, how they sought legal redress, advice from the gods. In addition to papyri, large flakes of limestone were used by scribes as note pads. Thousands of these ostraca were found inscribed with letters, notes, records, and many other kinds of evidence concerning the lives of the men and their families,


Because currency did not exist in ancient Egypt the workmen were paid in kind. The chief payment consisted of monthly rations of emmer wheat, for flour, and barley, for making beer. The foremen and scribes received a higher salary than the ordinary workmen. Apart from the grain, the workers were given fish, vegetables and water, wood for fuel and pottery. There were also more irregular deliveries of dates, cakes and ready-made beer. Bonuses were issued on festival days or other special reasons. These bonuses might include extra provisions of normal supplies but also sesame oil, blocks of salt and natron, and meat. The workers supplemented their government income by making their own funerary equipment, including coffins, boxes and other items.
They paid each other for various items of manufacture, and the scribes charged for painting the required inscriptions. The craftsmen also accepted outside commissions, so that much of the furniture used in private burials at Thebes was made at Deir el-Medina


Several popular stories were also found at Deir el-Medina. One of the best known is the tale of Sinuhe, the political refugee in Palestine during the reign of Senusret I. Other tales include the allegorical tale Blinding of Truth by Falsehood, of which only one incomplete copy from Deir el-Medina survives, and still others concern the activities of the gods, such as the adventures of Set and Anat, and a complete papyrus of the Contendings of Horus and Set.
Fragments of the private library of Kenherkhepeshef have been found, including a dream book giving the interpretation of various dreams. Some examples are:
If a man sees himself in a dream, looking out of a window, good, it means the hearing of his cry by his god.
If a man sees himself in a dream, drinking a warm beer, bad, it means suffering will come upon him
On the back of the dream book, Kenherkhepeshef, copied out in his own hand parts of the victory hymn of Rameses II about the battle of Qadesh, and he also recorded one of his reports to the vizier on the progress of work on the royal tomb.

During the reign of Ramesses III The administrators were also corrupt, reducing the grain rations intolerably. A letter sent by the scribe Neferhotep around Ramesses' 25th regnal year states, "On and a half khar of gran (about 168 lbs) have been taken from us.we are dying, we cannot live"


The workmen then went on strike, in possibly the worlds first labor dispute. On the 21st day of the second month, in Ramesses 29th year, the scribe Amennakhte personally delivered a formal complaint about this situation to the Temple of Horemheb, part of the large administrative complex of Medinet Habu. Although a payment was forthcoming soon after, the poor conditions continued and in the sixth month of that year, the men of the two gangs stopped worked and marched together to one of the royal mortuary temples, perhaps Tuthmosis III, where they staged what would now be called a sit-in. They repeated this on the following day within the complex of another temple, possibly Ramesses II, and possibly a third, that of Seti I, until the mens complaints were recorded by the priests and sent across the river to Thebes. Only then were the rations owed finally distributed, but the events of this strike would be repeated before the reign of Ramesses III ended. Even in subsequent reigns the workers had to take action to receive any payments. In the reign of Ramesses XI, the scribe Dhutmose traveled south of Thebes to collect the grain from local temples and farmers for the community, taking along two door-keepers for protection

The community seemed to enjoy a good court case,Each man or woman conducted his or her own case, so lawyers fees were not required.

in the 17th year of the reign of Ramesses III, and was an attempt by workman Menna to recover payment owed him for a pot of fat he had sold on credit. He was not at all deterred by the fact that the defaulter was the chief of police, Mentmose! Mentmose had promised to pay for the pot with barley, but when he defaulted, Menna reported him three times before the scribe of the Tomb, and finally in the third year, second month, of Ramesses IV, eighteen years later, Menna reported him once more. Mentmose swore to pay before the next month or receive 100 blows of a stick and perhaps pay double.
Menna also apparently sued Mentmose over the course of eleven years at another time over non-payment of some articles of clothing. In year 28 of the reign of Ramesses III, Menna also sued the water-carrier Tcha for selling him a defective donkey.


The court also dealt with theft. In year 6 of the reign of Seti II, c 1197 BCE, the workman Nebnufer son of Nakhy appeared before the court and accused the lady Heria of stealing a valuable tool which he had buried in his house. The court then asked the lady Heria if she had stolen the tool and she said no. She was then asked if she could and would swear by the Lord about the tool that she did not steal it. Heria immediately took the oath in the name of the god Amun. 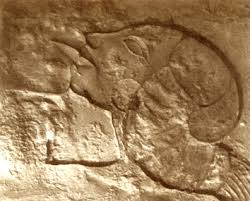 However, that all seemed insufficient. The court sent a workman to search her house. He discovered not only the tool but ritual equipment stolen from the local temple. Lady Heria was thus found guilty not only of theft, but of blasphemy and perjury as well. She was declared worthy of death, and remitted to the vizier for final judgment. Unfortunately there is no final record of her actual fate.


The foreman Hay was brought before the tribunal, and four villagers attested that Hay had pronounced insults against Seti II, the current ruling Pharaoh. An attack on the person of the Pharaoh, even verbally, was considered of course sacrilege.Hays defense was that he was actually sound asleep at the alleged time of the incidents


Paneb and Hay were rivals, and Paneb had even been reported to have threatened to kill Hay, just as he had threatened his adopted fatherThey were then each sentenced to receive a hundred blows each for bearing false witness.