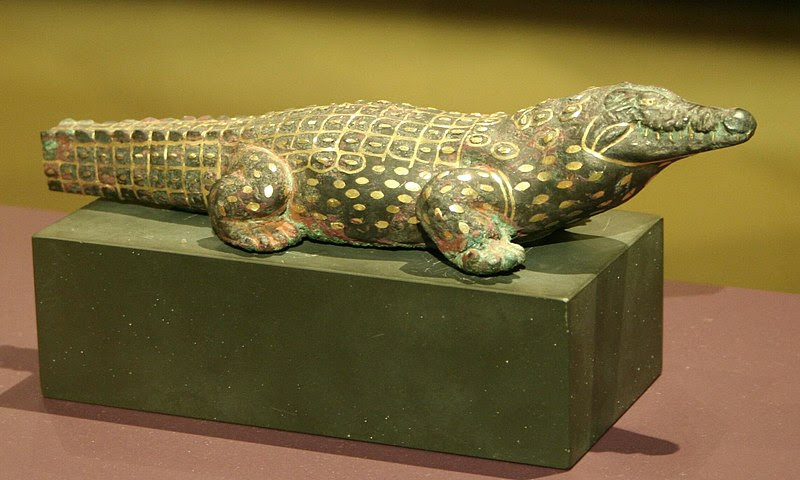 Sobek (also called Sebek, Sochet
, Sobk, Sobki, Soknopais), and in Greek, Suchos (Σοῦχος)) was the deification of crocodiles, as crocodiles were deeply feared in the nation so dependent on the Nile River. Egyptians who worked or travelled on the Nile hoped that if they prayed to Sobek, the crocodile god, he would protect them from being attacked by crocodiles. The god Sobek, which was depicted as a crocodile or a man with the head of a crocodile was a powerful and frightening deity; in some Egyptian creation myths, it was Sobek who first came out of the waters of chaos to create the world. As a creator god, he was occasionally linked with the sun god Ra.

Most of Sobek's temples were located "in parts of Egypt where crocodiles were common." Sobek's cult originally flourished around Al Fayyum where some temples still remain; the area was so associated with Sobek that one town, Arsinoe, was known to the Greeks as Crocodilopolis or 'Crocodile Town.' Another major cult centre was at Kom Ombo, "close to the sandbanks of the Nile where crocodiles would often bask. Some temples of Sobek kept pools where sacred crocodiles were kept: these crocodiles were fed the best cuts of meat and became quite tame. When they died, they were mummified and buried in special animal cemeteries. In other areas of Egypt, however, crocodiles were dealt with by simply hunting and killing them.
Gradually, Sobek also came to symbolize the produce of the Nile and the fertility that it brought to the land; its status thus became more ambiguous. Sometimes the ferocity of a crocodile was seen in a positive light, Sobek in these circumstances was considered the army's patron, as a representation of strength and power.
In Egyptian art, Sobek was depicted as an ordinary crocodile, or as a man with the head of a crocodile. When considered a patron of the pharaoh's army, he was shown with the symbol of royal authority - the uraeus. He was also shown with an ankh, representing his ability to undo evil and so cure ills. Once he had become Sobek-Ra, he was also shown with a sun-disc over his head, as Ra was a sun god.
In other myths, which appeared extremely late in ancient Egyptian history, Sobek was credited for catching the Four sons of Horus in a net as they emerged from the waters of the Nile in a lotus blossom. This motif derives from the birth of Ra in the Ogdoad cosmogony, and the idea that as a crocodile, Sobek is the best suited to collecting items upon the Nile.
http://www.egyptraveluxe.com/luxor_day_tour_to_edfu_komombo_and_isis_temples.php 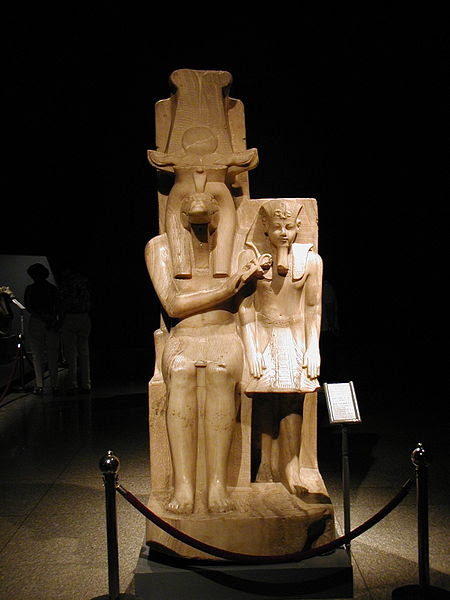 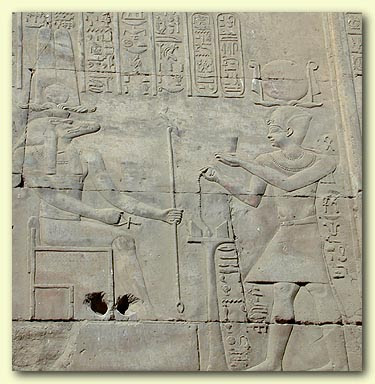 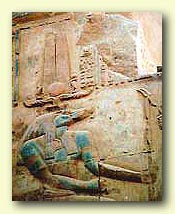