A new Tomb in Sohag (The tomb of Tutu) 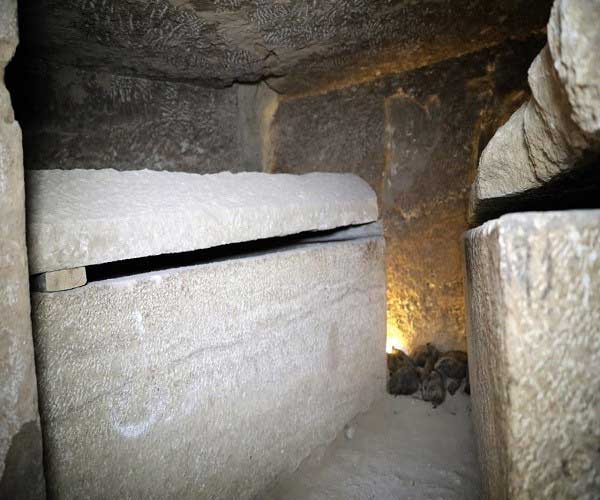 Archaeologists unveiled near the town of Sohag (Upper Egypt) a well preserved and finely painted tomb thought to be from the early Ptolemaic period. The tomb was built for a man named Tutu and his wife named "(tA-)Srj.t-(n.t-)As.t, i.e. 'The daughter of Isis'", who was preceded by her titles "sistrum-player", "music priestess of Hathor". It is one of seven tombs discovered in the area last October, when authorities found smugglers digging illegally for artefacts. 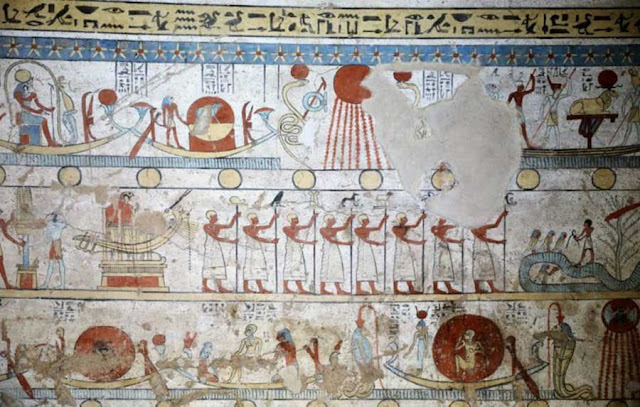 The tomb is very small, made up of a central lobby, divided in two, and a burial chamber with two stone coffins. The walls of the lobby have beautiful paintings that still show their vivid colors. They depict funeral processions and images of the owner working in the fields of the Netherworld, as well as his family genealogy written in well drawn hieroglyphics. We can see the owner, Tutu, giving and receiving offerings in front of different gods and goddesses. We can also see Ta-Sheryt-net-Aset in the same position, but the accompanying text comes from one of the Books of the Afterlife. 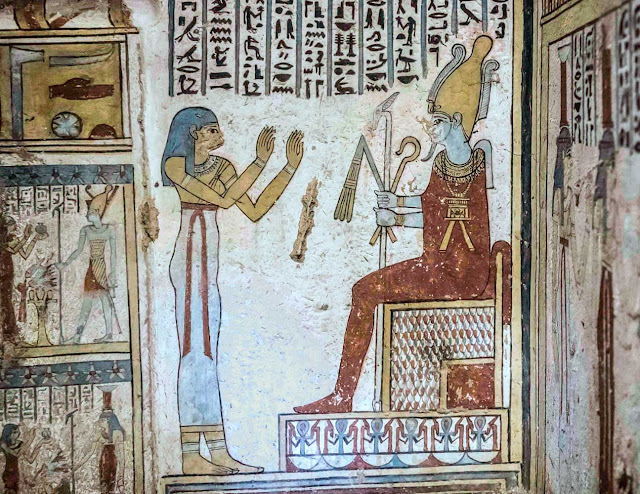 Two clay jars that flank the entryway contained the remains of a woman who died between the ages of 35 and 50 and a boy who was about 12 to 14 years old when he died. Around 50 mummified animals, including falcons, eagles, cats, dogs and shrews, were also recovered from the tomb (mummified shrews). According to Pr Salima Ikram (AUC), the mice, falcons and other animals in the tomb were probably not buried with the occupants as pets, but were more likely votive offerings: "The animals were probably put in much later and did not have anything to do with the humans," she said. 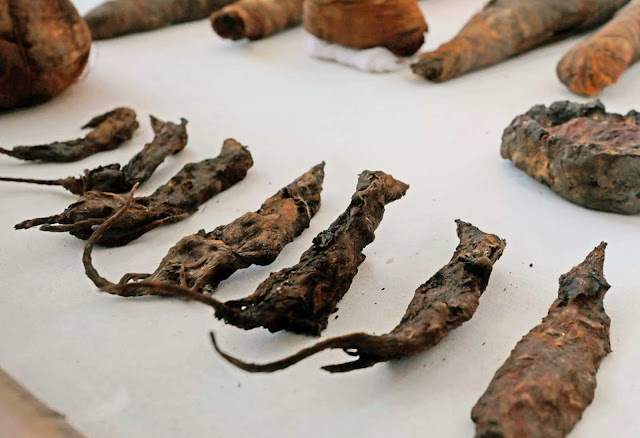