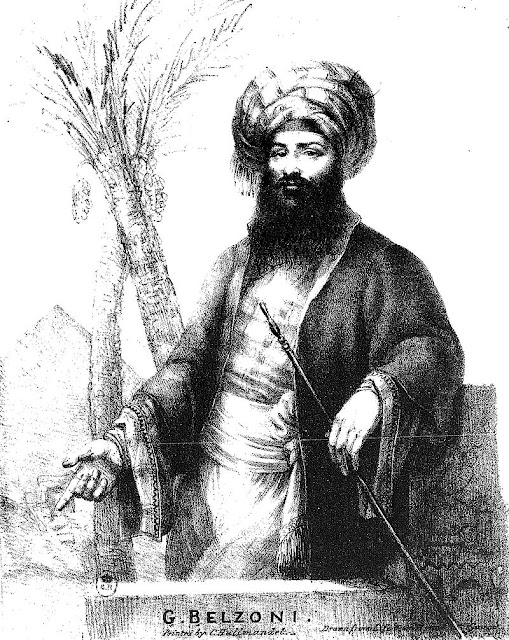 When Belzoni entered the tomb, he had no idea what he had discovered. His confusion overcame him as a human mummy was nowhere to be found. He did, however, discover a mummified bull - so he decided that the tomb must have been created to honor Apis, a holy bull in Ancient Egypt. It’s important to remember that Belzoni wasn't a professional Egyptologist - the scientific field called Egyptology wasn’t even created until thirteen years later.
Belzoni didn't write anything about the tomb being blocked off or any closed doors, so it is impossible to guess what its state of preservation was when he entered it. It is known, however, that the tomb was looted and the mummy only survived thanks to priests who lived during the Third Intermediate Period.