Posted by Egyptraveluxe on February 05, 2017 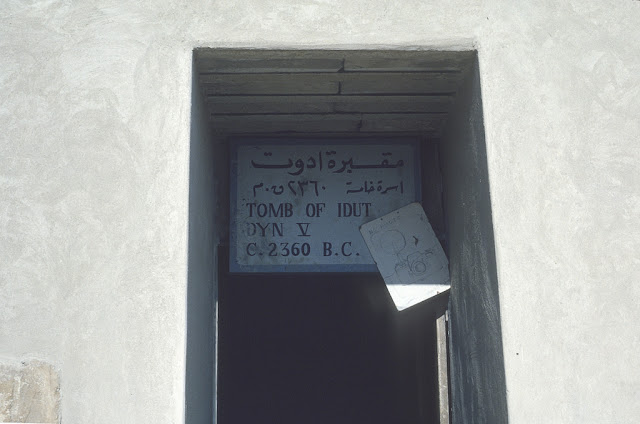 Idut (also called Seshseshet) was a ‘King’s Daughter of his Body’, thought to be a daughter of Unas of Dynasty V. Originally belonging to a vizier called Ihy, the mastaba, which lies between those of Mehu and Unas-ankh on the northern side of the Unas causeway, was usurped for the use of the princess. It is the only tomb in this group of mastabas usually open to the public. 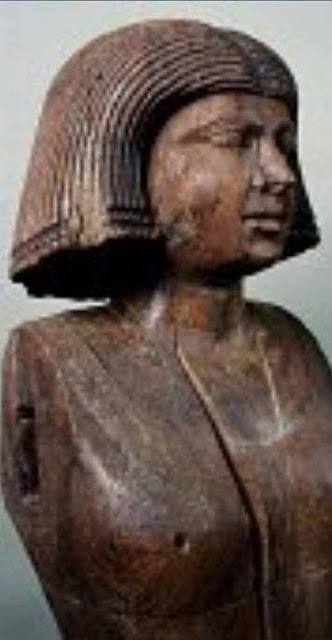 Princess Idut lived during the end of the Fifth Dynasty into the beginning of the Sixth Dynasty, and died around 2360 BC. She was interred in her ”mastaba,” or mortuary chapel, near at the tomb of King Unas, in th 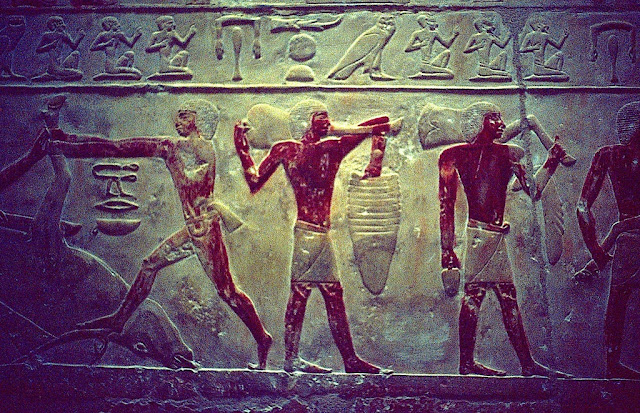 e community of Saqqara. Her tomb is

famous for its realistic depictions of everyday life in ancient Egypt. I took the attached photo of the entrance to Idut’s tomb in December 1989.
How Princess Idut came to acquire such an elaborate mastaba is somewhat of a mystery. Its original owner, Ihy, who had been a vizier, or prime minister, of King Unas, had spent years preparing this lavishly decorated tomb for his own burial place. One story is that Ihy opposed Teti’s becoming king, and that Teti punished him by allocating Ihy’s mastaba to Princess Idut. The south-facing entrance to the tomb is flanked by remains of standard representations of the tomb-owner. Turning left into the first chamber, this too shows the conventional Old Kingdom depictions of men in boats fishing with dip-nets and on the end wall scribes tallying estate accounts with the village headmen and defaulters. In the doorway to the next chamber there is a relief of a statue of the princess being dragged on a sled to the tomb, with one man pouring water before the sled, either to purify the ground or to lubricate it. In the register above, offering-bringers march towards the tomb. 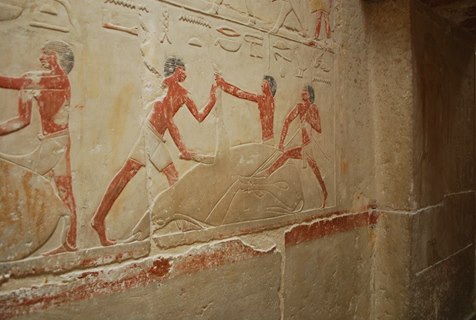 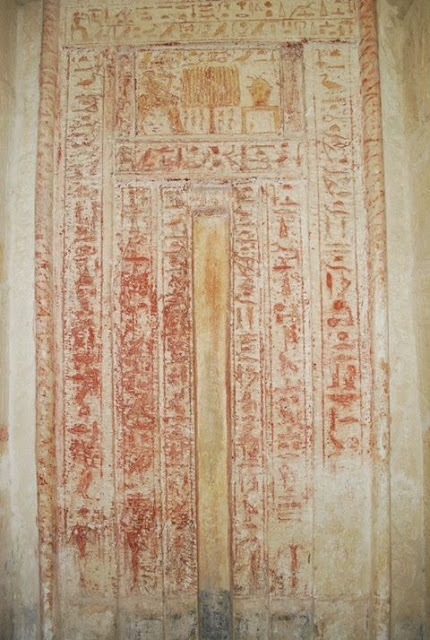 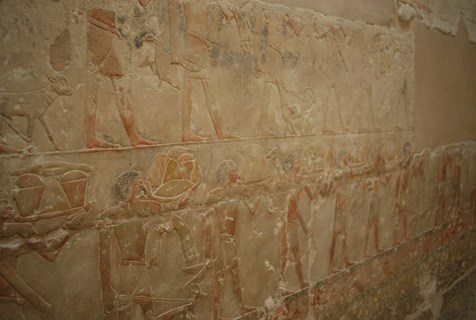 The wall releifs continue with agricultural scenes – tending cattle, the papyrus harvest and boat-making in the top register, while below is the hippopotamus hunt, fishing with dip-nets and cattle crossing a canal with men in papyrus boats. 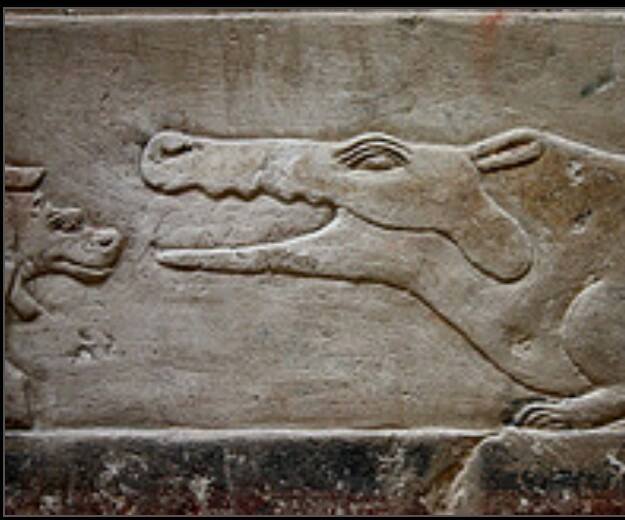 The wall opposite is dedicated to funerary scenes and the remaining registers of reliefs show the princess’s coffin being dragged in its shrine to the tomb, accompanied by a lector priest and ‘mww’ dancers. The northern wall once again shows scribes rendering accounts of the princess’s estates. She made many changes to the original decoration of the reliefs in the tomb-chapel which can be seen primarily in this chamber. 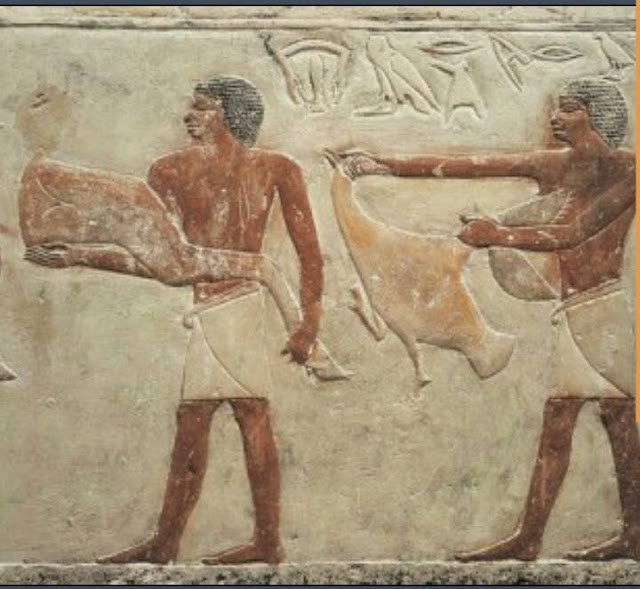 A short passage leads off to the right and into another two chambers portraying the consecration and presentation of offerings, with some men bringing calves to be sacrificed for the princess while other men can be seen jousting in papyrus boats. 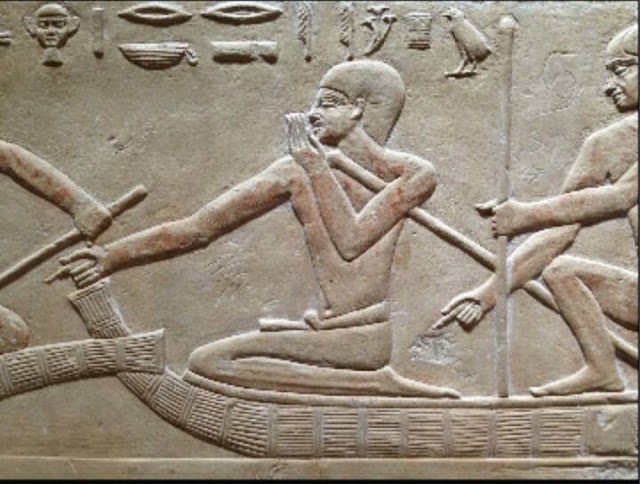 Idut can be seen in the doorway to the next chamber, a lotus blossom to her nose with another woman standing behind her. There are more offerings portrayed here too and the scenes of butchers with sharp knives about to hack the limbs off cattle are especially realistic and quite gruesome. 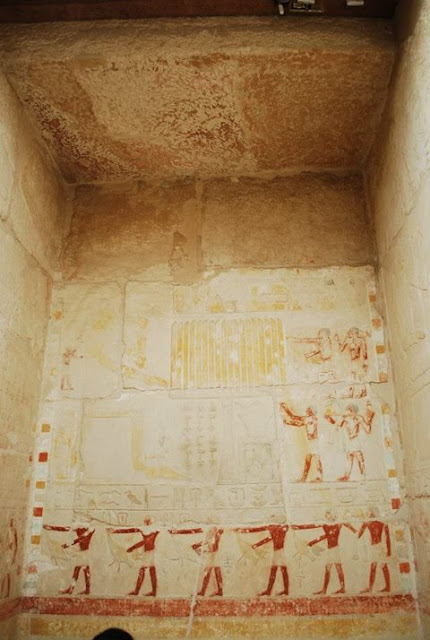 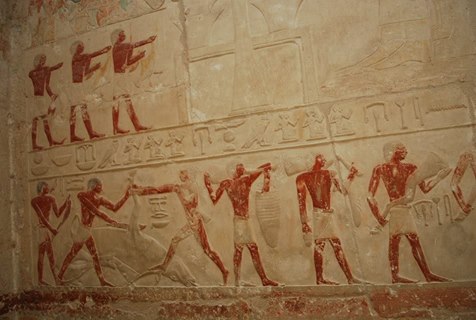 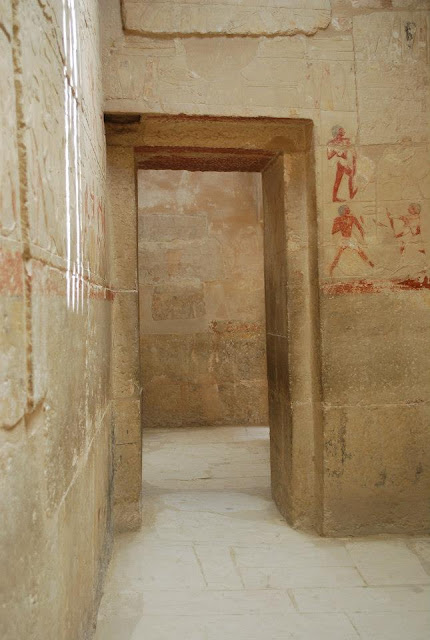 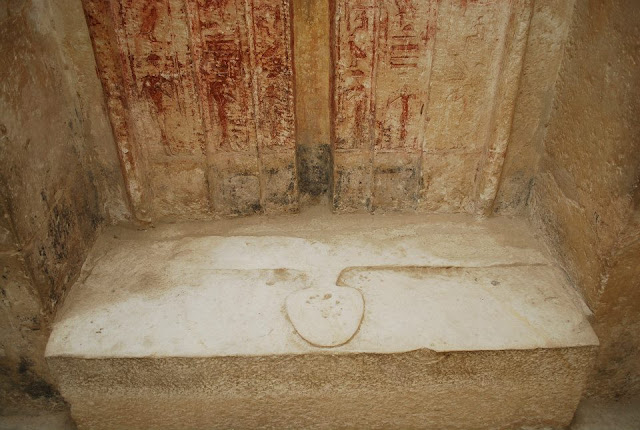 Idut is shown on the left-hand wall seated at an offering table with a perfumed ointment-jar. Towards the end of the wall is a niche containing Idut’s false door which is flanked by five registers of offering-bringers with chests. A bench is built across the end wall, which would have been used to place offerings for the ka of the deceased princess, and above this another portrayal of the lady seated at a table with men bringing offerings before her, is barely visible. A similar scene is shown on the right-hand wall. While the decoration of Idut’s tomb is not very well preserved, some of the remaining reliefs are especially beautiful examples of Old Kingdom art.

Idut’s tomb has a serdab chamber on the northern side, which is completely isolated from the rest of the tomb-chapel. Her burial chamber in the shaft on the eastern side of the tomb contained painted decoration of offering lists and offerings. The princess also usurped her sarcophagus from Ihy, the original tomb-owner.
The mastaba of Idut was first discovered by Cecil Firth in 1927 and has since been investigated by Jean-Philippe Lauer. 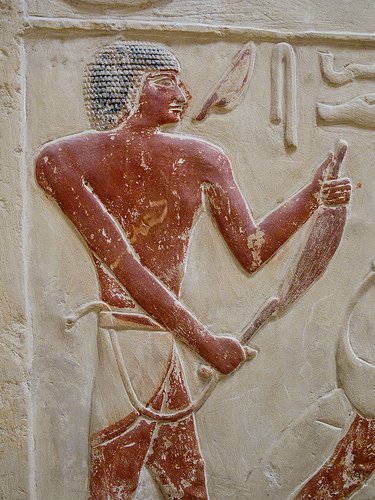