The Valley of the Kings

Posted by Egyptraveluxe on April 23, 2015
The Valley was used for primary burials from approximately 1539 BC to 1075 BC, and contains some 60 tombs, starting with Thutmose I and ending with Ramesses X or XI 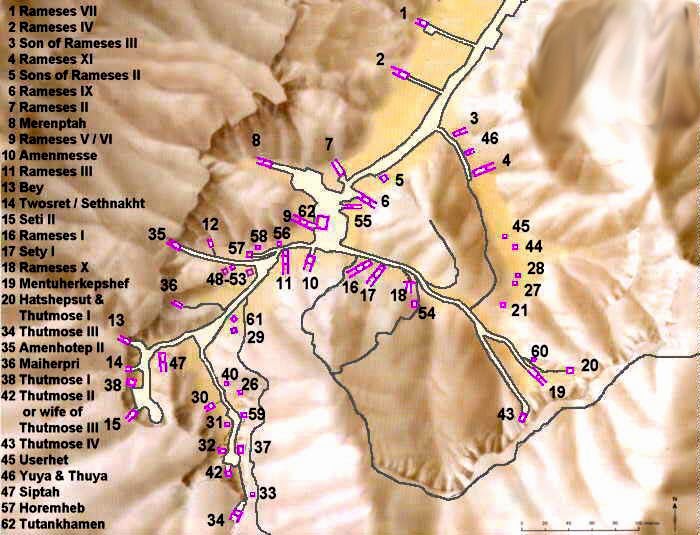 On February 8, 2006, American archaeologists uncovered a pharaonic-era tomb (KV63), the first uncovered there since King Tutankhamen in 1922. The 18th Dynasty tomb included five mummies in intact sarcophagi with colored funerary masks along with more than 20 large storage jars, sealed with pharaonic seals 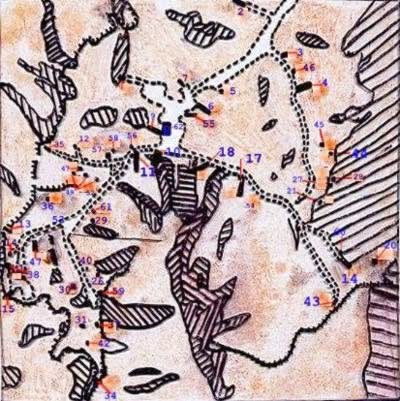 As can be seen, from reference to the Map below, the  excavation in the area between tombs KV. 9 (Ramesses V/VI) & KV. 57 (Horemheb), along the northern side of the spur leading from the Valley centre to KV. 35 (Amunhetep II). As tombs, KV. 56 (The Gold Tomb) & KV. 57 lie within this area it has been decided that clearance & recording of them should also be undertaken by the current excavations 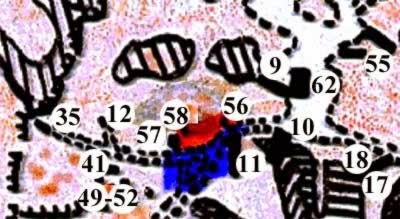 Although the area currently under investigation is quite small, being easily walked from end to end in less about 2 3 minutes,  sifting of the debris has already produced a varied collection of finds. Amongst these have been fragments of gold & mummy cloth, stamped pottery shards (originating in the temple of Seti I) & statues modelled from naturally occurring flint nodules . Additionally a fragments of the sarcophagus & canopic chest of Horemheb, originating from Davis clearance of KV. 57 (& giving some indication of the poor manner in which this was conducted) were found; with the former having since been restored to its original position on this monument.
www.egyptraveluxe.com