Posted by Egyptraveluxe on September 30, 2010 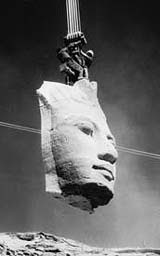 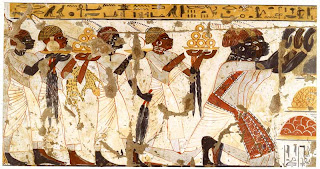 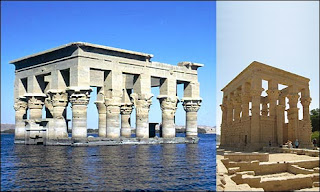 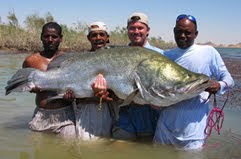 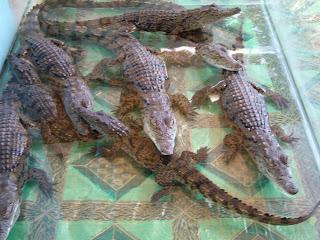 As a tour guide since 1993 Among my best trips ever, within the Egyptian historical lands, was a trip to the Nubian Desert identified as The Golden Nile. It included all of the fantastic temples that Egypt built about three and half thousand years ago for the use of the ancient Egyptians and the Nubian tribes who were passing our borders .The nations so often called "Nubians " were bordering our southern provinces a lot of them were from north of Sudan or lower Nubia .The massive Egyptian desert between Egypt and Sudan had some famous routs of trade and the Nubians were dealers and suppliers of African goods and specially gold, therefore they had the title Nebu which means in the hieroglyphics the ones of gold. Lower Nubians and ancient Egyptians had always mutual relation in too many aspects including commerce and defense while middle and upper or southern Nubians in our intermediate periods started to be competitors. Generally the history of Nubia describes the Nubians to struggle against the wild nature, the droughts, the no unity and the continuous raiding and sacking between the Nubian tribes. Nubians generally had never created agricultural societies and were mostly gatherers and hunters. The earliest finds from Nubia is from its pre-historic or cave-people around 3000 BC and from some nomadic settlements who had a great interaction with the Egyptian civilization.


In the year 1960, the Egyptian government started to build it's new dam to fit with needs of the Egyptian industry and the sudden increase of the population .The cooperation between Ussr and Egypt resulted having the High-Dam built .The High-Dam is 111 m high from the bed of the river Nile, 3500 m in length and 1000 m in width, therefore it was counted the biggest dam ever been built during the sixties. Due to building the massive dam on the southern borders of Egypt an enormous lake was founded. Lake Nasser stretched between Egypt and Sudan with 500 km in length, 50 km in width and 60 m in depth. Nasser Lake which was created artificially was the reason beyond the rescue campaign launched by the unisco in the early sixties. The rescue campaign was a response to the call of Egyptian and Non-Egyptian archeological organizations and in some few years more than thirty countries worked together to save 22 ancient temples south dam from the reach of the lake. Unfortunately time did not permit saving them all so five were left behind.

In less than a decade, the unisco succeeded to rescue and transfer 17 temples northward to their original location then had it all assembled in four sites which are Abu Simble, Amada, Wadi el seboa and Qaser Ibrim. Once the whole campaign succeeded, Egypt had another travel attraction added to its unique treasures. By the end of the eighties, Lake Nasser had started to catch the attention of archeologists, Egyptologists, Bird-watchers and environmentally concerned travelers. Due to uniqueness of nature in and around the lake ,it witnessed too many fishing competition as lake Nasser species of fish are extraordinary with their size "Nile – Perch can grow to 70 kg per fish" as well as giant Nile - crocodiles more than 8 m long are found. The actual reason behind the unusual size and fast growth that represent Lake Nasser creatures refer to the rich deposits of silt and minerals which is annually enhanced per each flood.